Ramadan, or Ramazan as it is called in Turkey is nearly upon us again.  Ramazan is the ninth month of the lunar calendar which lasts 29 to 30 days.  Because of this, the date for Ramazan is about 11 days earlier each year.  In 2015 it runs from 18 June – 16 July, and is followed by Şeker Bayram (Sugar Festival) from 16 – 19 July.

Many travellers get put off travelling to Turkey during Ramazan, believing that it will be difficult to find places to eat, however this is simply not the case.

The month of Ramazan is dedicated to fasting between sunrise and sunset. This means that nothing, not even water, should pass one’s lips during that time.  This practice is designed to teach patience, and discipline, sacrifice and empathy for those less fortunate, and to cleanse the body, mind and soul.  It’s also a time for showing charity and generosity to others. Young children, the elderly, women who are pregnant and those with certain medical conditions are exempt from fasting. 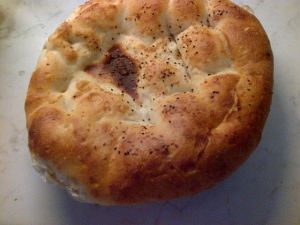 As soon as the sun sets, everyone enjoys iftar, the meal that breaks the fast.  This meal almost always includes pide-style flat bread often referred to as “Ramazan Pide”. Iftar meals can be quite elaborate, and often families or businesses will choose to celebrate at least one of their iftar meals out at restaurants, which often provide special iftar menus during this time.  Every evening at sunset, there is definitely an air of festivity and excitement as people break their fast and share a meal with friends and family.

Those who are fasting will generally get up before sunrise for sahur, a small meal before the sun rises and fasting beings again.  In some towns there may be drummers moving through the streets to wake people up for sahur – this adds to the festive feeling that is prevalent during Ramazan.

Restaurants in most areas are open for business as usual, especially in towns servicing tourists. In more conservative areas most restaurants are still open to meet the needs of those who are not fasting, however you might see some with their windows blocked out with a curtain or paper to be polite – so that those who are fasting and passing by outside don’t need to see people eating.  Some restaurants may choose not to serve alcohol during Ramazan, or may only do so later at night, after the iftar diners have finished eating, although this is less likely to be the case in an area with lots of tourists.

Locals understand that non-Muslims do not fast, and so there is no issue with eating or drinking.  However, you should be considerate of those who are fasting.  For example, during Ramazan there may be more diners than usual inside a restaurant rather than outside on the sidewalk, out of respect for those who are fasting. So, follow their cue and dine inside also.  If you smoke, try not to smoke near someone who might be fasting.  These are small gestures, but will be much appreciated.

If you are travelling independently, rather than on a group tour, the biggest issue to think about is the fact that the buses will be crowded in the last few days of Ramazan, and during and after the Sugar festival that follows it, as locals travel to visit their families.  If you do need to travel by bus during that time, see if you can find an agency to book a ticket for you, or make booking a ticket your first priority as soon as you arrive in Turkey.  Traffic is also likely to be heavier than usual during this time, so a little bit of patience is a good thing.  During the three-day Şeker Bayram (the sugar festival) official businesses such as banks and post offices are closed, and so you need to keep this in mind and plan ahead.  They will usually close at mid-day the afternoon before in preparation for the holiday which officially starts at sunset on the last day of Ramazan. 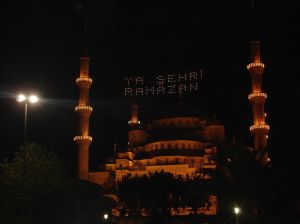 Other than these minor issues, travelling during Ramazan is actually a lot of fun – especially in Istanbul.  During the month of Ramadan, the Hippodrome, and areas around the Blue Mosque are set up with stalls selling traditional snack food, craft and religious items.  These stalls serve the huge crowds of locals who descend on Sultanahmet to visit the Blue Mosque or to have their iftar dinner picnic-style in Sultanahmet Park which sits between the Blue Mosque and the Aya Sofya.  The Blue Mosque is lit up with festive lighting, and there is an amazing festive atmosphere in the air.  This is also often the case in many smaller towns who also choose to light up their mosques, and often in the evening you can find communal picnics or food stalls as people join together to share their iftar dinner.  There is a high chance that you will be invited to join in. 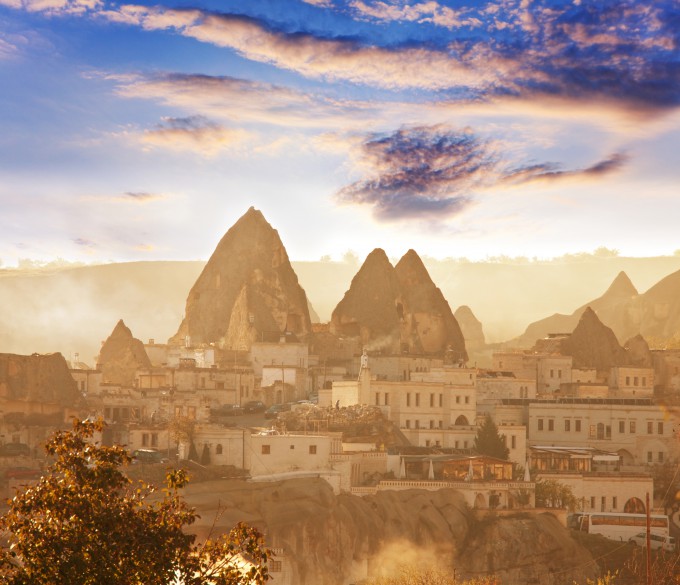 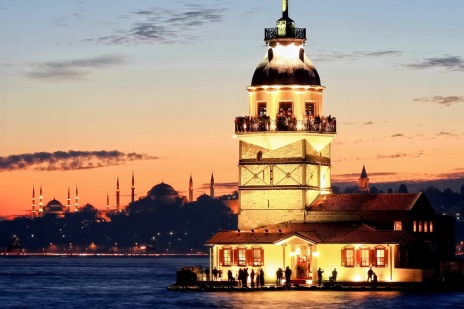 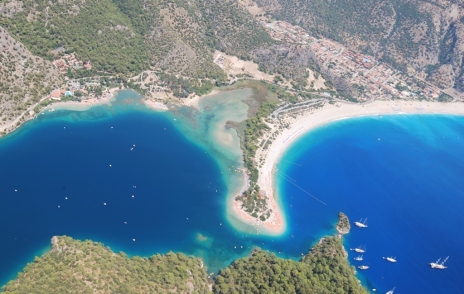