Known by the Hittites as Kuwanna, by the Phrygians as Kowania, and the Romans as Iconium, Konya, former capital of the Anatolian Seljuk Sultanate of Rum and the Karamanid Dynasty, sits in the heart of Turkey, and is its seventh largest city.

Formerly a key stop for traders on the old Silk Road, today Konya is home to a number of thriving industries including agriculture, livestock, cotton, silk, carpet and cement manufacturing.

Visited by few Western tourists, a stop in Konya on your trip to Turkey is well worth it.  As you wander around Istanbul you will be struck by many paintings and drawings of whirling dervishes, and you may be lucky enough to see them perform, but it is only through a visit to Konya that you will truly gain an understanding of where they come from, and what it’s all about.  In addition to rounding out your understanding of dervishes specifically, and Turkey more broadly, in Konya you will also be able to see some beautiful examples of Seljuk architecture, soak up the atmosphere and feel the pulse of a ‘real’ Turkish city, and eat some of the best lamb around.

Konya is a significant city for both Christians and Muslims alike – during Roman times, St Paul visited here with Barnabas during the First Missionary Journey in about 47–48 AD, and it is believed he visited here again with Silas during the Second Missionary journey.  Konya was also the final home of the celebrated Sufi poet Celaleddin Rumi who moved to Konya after studying in Aleppo and Damascus. Here, Rumi (later known as Mevlana, which means ‘Our Master’ or ‘Our Guide’) became a religious teacher and his extensive theological knowledge and engaging personality attracted a huge number of followers.

Konya was the place where Rumi penned the majority of his literary works – in addition to the six-volume Mathnawi, consisting of 25,000 rhyming couplets, he composed some 2500 mystical odes and 1600 quatrains during his years here.

During his years in Konya, Rumi also established the Mevlevi order of Sufism with its infamous whirling
dance, known as Sema.  The Sema ceremony is performed by

initiates, (often referred to as whirling dervishes because of their whirling style of dance) and represents the journey to union with the divine through love. It is performed with one hand up to signify accepting the love of God, and the other hand down to connect with God’s creation.

While a devout Muslim, Rumi advocated tolerance and was broadly accepting of other faiths as illustrated in one of his most famous verses:

Come, come, whoever you are, come.
Infidel, idolator, Wanderer,  fire-worshipper, it doesn’t matter, come.
Ours is not a convent of despair.
Come, even if you have broken your vow a hundred times,
Come, come again 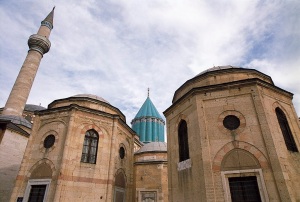 It won’t be surprising therefore, to learn that the main attraction in Konya is the Mevlana Museum, the former lodge of the Mevlevi order of Sufism, which also houses the tomb of Rumi.  This is one of the biggest sites of pilgrimage in Turkey, with more than 1.5 million visitors each year, of many different faiths.  Because this is a sacred site women should cover their hair, and men and women alike should avoid wearing shorts.  As you stand surrounded by fellow pilgrims at Rumi’s tomb, with its calligraphy-covered walls and impressive ceilings, you can’t fail to be struck by the mysticism of this place. Every year between 10- 17 December, (the 17th being the anniversary of Rumi’s death), Konya is the site of a religious festival which attracts tens of thousands of pilgrims who come to watch the dervishes dance.

Once you’ve finished your formal sightseeing, make sure you take a walk around Konya’s bustling streets. Konya’s “golden age” was between the years of 1150 and 1300 when the Seljuk Sultanate of Rum erected many buildings in the city constructed in the Seljuks’ beautiful and very distinctive style of architecture.  As you wander around you will see many buildings, particularly Madrassas (Medresse in Turkish) built in this style. One worth visiting is the Karatay Medrese which has been converted into a tile museum.

As you walk along Konya’s slightly dusty streets, it’s as if you can feel the pulse of the city.  You’ll see horses and carts moving alongside cars and trucks, 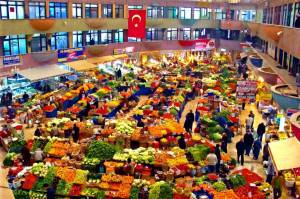 and wares from the shops spilling out onto the footpaths. Because Konya is considered to be a more religious city, dates, which are traditionally used to break a fast, are everywhere, and in fact some shops only sell dates. Try to find the time to visit Konya’s incredible indoor fruit and vegetable bazaar where the vast array of colours and the hustle and bustle assault the senses.

No trip to Konya is complete without sampling some of the local cuisine.  The cuisine of Konya is very different to Ottoman cuisine, and is thought to be influenced by the Seljuk kitchens.  Local cooking using minimal herbs and spices in order to allow the main ingredients of each dish to shine through, relying instead on the cooking methods (for example, roasting lamb in its own juices in a slow oven) to bring out the flavours. While you are in town, be sure to sample some the local specialty of Etli Ekmek (translates to bread with meat) which at first glance looks like a very long pide, but is flat bread cooked with ground meat, peppers and onions.

Finally, if you are lucky enough to have transport while you are in Konya there are lots of cave and some beautiful lakes, such as Beysehir Lake nearby.

Konya, increasingly has something to offer everyone, and behind the hustle and bustle you may just be lucky enough to experience some of that mystical feeling that is running through the veins of Konya.

If you are interested in visiting Konya on a small group tour, Fez Travel has several tours that visit Konya:

Please note that this is just a selection of our tours that visit Konya – for the full range of options please visit the Fez Travel tours page. 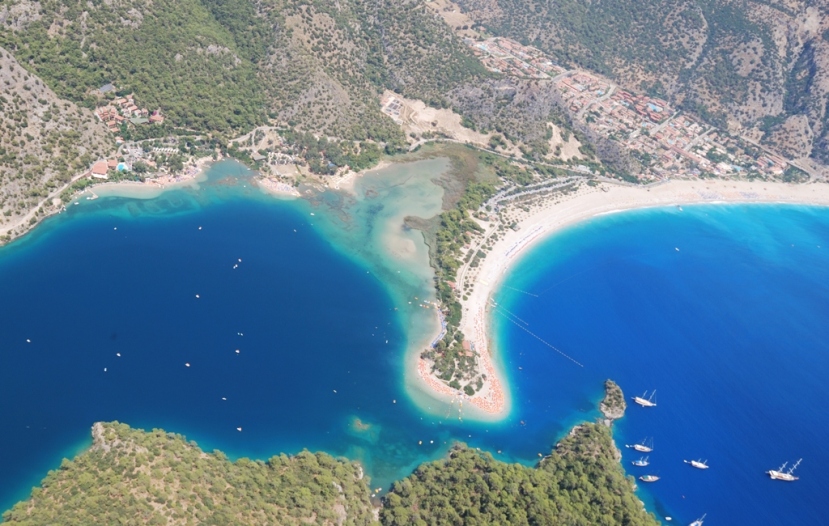